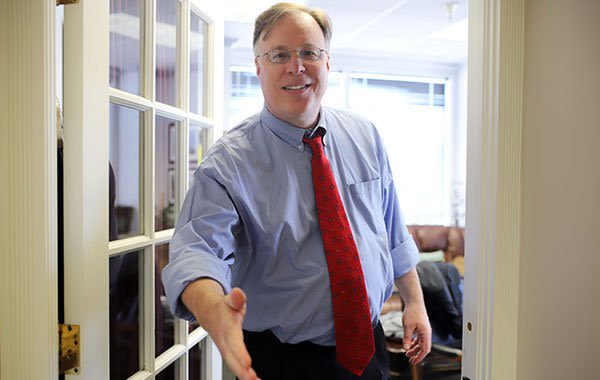 I was born in Milwaukee Wisconsin in 1963.  I moved to Oklahoma in 1976 and have been a proud Oklahoman for the past 42 years.  I attended the University of Wisconsin where I received a Bachelor of Arts in 1985. I returned to Tulsa University College of Law where I received my Juris Doctorate in 1988.

During Law School, I clerked for a Federal Magistrate as well as a few private law firms.  In 1988, I was an associate attorney for a large Workers’ Compensation law firm in Tulsa. In 1991, I established the Quandt Law Firm focusing entirely on Workers’ Compensation and Personal Injury claims.

I knew at a very early age that I wanted to be a lawyer.  I always viewed the legal system as an important equalizer between the “little guy” and large and powerful companies.  There was no question that I wanted to represent the individual, NOT big business or insurance companies. Over the years, the insurance companies and Chamber of Commerce have attacked workers’ right in America and I am proud to stand up and vigorously fight for the injured worker against those powerful interests.

I have been happily married to my wife, Angie for 27 years and we have one daughter, Makena.  We are members of Faith United Methodist Church where I was a youth counselor.